Welcome to the 28th Century 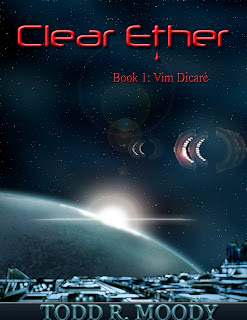 This is the second installment on stuff about my novel, if you want to catch up the first entry is here.  This week I’m going to talk a little bit about the setting.  One of the major story arcs centers around the Quantum Gates.   I had to make some decisions on how long it would take to get to that technology and then disperse it out into the galaxy.   After some mental gymnastics I decided on setting the story in 2749.  I had some discussions with a couple of established SF novelists and they warned me about the problem of setting the book so far into the future.  The easiest way to deal with this is simply to avoid describing life on Earth in that time-frame, because trying to extrapolate living conditions and politics will invariably miss the mark, with me either going far off in the weeds or maybe only a little way off the road.  But the story starts on Earth, so I decided to add a major catastrophe to slow down some aspects of technology and societal evolution.

Leading up to 2749 was a rough road for mankind, but it is only vaguely described in my novel.     Earth has been through major political upheaval and a global depression with warfare on a scale to destroy a lot of infrastructure, cell phone towers, internet nodes, financial institutions plunging much of the world into poverty and violent revolution, including the United States for the first time since the Civil War.  Some of the smarter and tech savvy managed to protect themselves from much of the devastation and manage to hold on to their wealth as well, including my Main Character, Laurent.  Medical and pharmaceutical advancement continues along with certain other technological advances.   Laurent relentlessly pursues his tech advances in India and China, who emerge as the new world powers.  The United States is no longer united but a balkanized group of smaller countries.  The opening of the Quantum Stargates spurred renewed interest in space exploration and a chance to escape the bad conditions on Earth.  Eventually man has colonized a good part of the Milky Way, with 57 widely known stargates.

Opening up space exploration to the commercial sector in the 21st century had unintended consequences.  Megacorporations lead the way into space and the broken politics of Earth do not follow mankind into space.  Escent Corporation invented and propagated the Quantum Gates over several hundred years, leading to the expansion of mankind to the stars.  Military presence in space was expensive and limited but in 2509 Nollevelle Corporation violently took over control of the Quantum Gates -- the event that starts the story arc on its path.


In future posts I will go into more details of life in 2749.