Confessions of a Gaming Addict 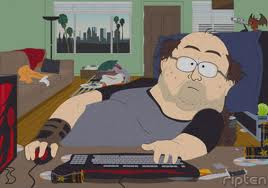 Is there an addiction label for people that play MMOs?  Game-a-holic, em-em-o-holic, vidyict…someone will pen one better.
Hi.  I’m Todd and I’m addicted to playing massive multiplayer online games.   They’re great as an entertainment option.  I could justify playing a game vs. watching a show on the TV, but they don’t add any real value to life.  I look at people with hobbies that are productive and I’m jealous, but I rarely indulge in that kind of self-flagellation.   I deal with it just like a do when I have a task that has to be done that’s not particularly enjoyable – I put my head down and plow forward until it’s done.  I usually just let those fleeting feelings of guilt wash through me until they pass, then hit the power button on my computer and fire up another round of gaming.

READ THE REST OF THE STORY»
4 comments: 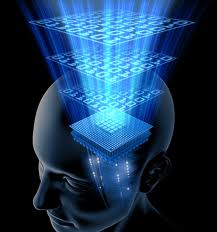 I frequently joke that I’m going to live forever, like in Futurama.  Nixon is just an immortal head in a jar.  Maybe, in another 50 years, we might have the technology to upload our personalities to the Cloud -- that nether of internet space.  I wonder what that would be like.  Tron is one of my favorite movies, but the “people” of that world seem human enough.  But is that even remotely close to what it would be like?
If you change dramatically, internally, fundamentally, are you still you?  You may have a distant memory of your former self but would how would you contemplate that?  I wanted to say how would you feel about it, but that doesn’t even have the right context anymore.  Feelings are for humans.
READ THE REST OF THE STORY»
No comments: