BLACKBIRDS is out TODAY! 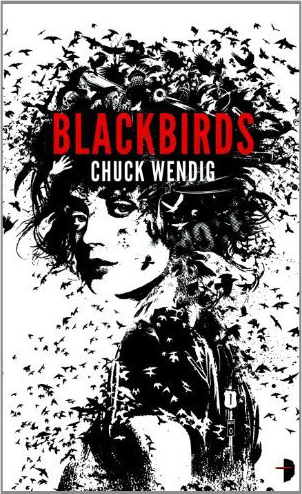 One of my new favorite novelists, Chuck Wendig has a new book out TODAY!  It's Blackbirds.  Here is the blurb:


Miriam Black knows when you will die.

Still in her early twenties, she's foreseen hundreds of car crashes, heart attacks, strokes, suicides, and slow deaths by cancer. But when Miriam hitches a ride with truck driver Louis Darling and shakes his hand, she sees that in thirty days Louis will be gruesomely murdered while he calls her name.

Miriam has given up trying to save people; that only makes their deaths happen. But Louis will die because he met her, and she will be the next victim. No matter what she does she can't save Louis. But if she wants to stay alive, she'll have to try.

The cover rocks and I've heard nothing but great reviews so far.  I love his wit and his twisted view of the world.  I haven't read it yet, but I did pre-order it. I'm certain it will be entertaining and colorful.  Hopefully it will be here in a few days.  Please give him a look see.