Why Can't We All Just Be Cool? 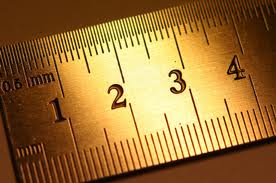 Every now and then I hear stuff over the internet (okay I read it), where someone is being an asshat to someone.  It is actually a fairly common thing these days but the heat seems to move from place to place, video games, book reviews, paparazzi, news sites, it’s everywhere that people interact.  It’s ubiquitous.   And it seems to be getting slowly worse. Scalzi has a blog about it, Stacia Kane, Chuck Wendig and many others are pointing it out.
Why is that?
It bothers me that somewhere along the way our society has stopped teaching our children what it means to have manners and even though you can remain anonymous, you still should show some regard for other human beings.   You know, do the right thing.  Sadly, I ‘m not sure a lot of people even realize that what they are doing is wrong.  They spew frothy hatefulness like it is their right and it doesn’t matter that the person that is the target has feelings and a family and a life that they might be impacting.  Do they really want to ruin someone’s life over something that in the big scheme is trivial?

This problem isn’t limited to the young people of today, it seems to be peppered through several generations now, and has been a systemic problem in the United States since maybe the mid 60’s but it is getting worse I think.
I would really like for my kids to be able to play MMOs without having to listen to the other players dropping eff bombs on the voice server, some games you can’t filter it.  I play MMOs and people eviscerate other players for no reason other than they are playing wrong in some way, innocently in most cases.  Readers write reviews of books that are often brutal and unkind in a very personal way that really has nothing to do with the content of the book.  Authors sometimes are dumb enough to reply to horrible reviews, it never ends well.  I’ve seen people say horrible things on Twitter about someone semi-famous that they don’t know at all, and for no reason other than … hell, I don’t know why.   To get attention I guess.
Some people you think might deserve to be mocked because they put themselves in a position to be ridiculed, like the people on the Jerry Springer show or actors because it’s part of the job to be in the public eye.  But really?  Do you have to stoop and say something shitty, even offhand?  You know, I’m fine with you having an opinion and maybe even sharing it someone, but does it have to be at the expense of someone else publically?  Once you post something publically that denigrates someone else you are taking part in the fracas.  You are helping to bring us all down incrementally.   You may not think it is a big deal but combined with everyone else doing the same thing it all adds up and drags us all collectively down.
My old roommate used to say, “Why can’t we all just be cool?”  That really says it.  Just be nice to each other, stuff we learned in Kindergarten.   They still teach the Golden Rule in Kindergarten don’t they?  The Golden Rule still applies to the internet!
I get the fact that the internet gives us the ability to be anonymous and maybe be a little braver than we might be in “Real Life”, but does that mean we should lower our guard and our standards of decency and just be horrible to each other?   It’s a little like road rage.  Somehow, just having windows between us and the ability to escape without a real face-to-face confrontation emboldens us.  Multiply that by 100 (a 1000?) and you have the internet.  But doing the right thing is still valid since by definition it is making the right choice even when nobody is watching you.
I think I figured out what true freedom is in today’s world, and there are very few people that have true freedom.  It is the ability to publically do whatever you want, say whatever you want, expose whatever you want and not have to worry about the ramifications.  Most of us have a job where they work for someone else or sell things that require other people to buy them in some form or fashion.  Very few of us are in a position to give absolutely no care at all to what anyone else might think.  Even the people that can financially afford this kind of freedom have friends, families or spouses.  They still have to guard what they say, at least a little bit for fear of ostracizing themselves or bringing shame to their family or friends.  With this in mind doesn’t it make sense to try to keep things civil?  To watch what we say or do in the public eye, and if you don’t think posting something on facebook or Twitter IS in the public eye I can show you some examples to refute this premise.  Denial is not just a river in Egypt.
I swear I don’t understand where people have the idea that you have a right to vent publically and have no blowback.  Everything you say and do in the public square is being watched by someone.  I am going about this wrong…you can say whatever you want but just because you can does not mean you should, but if you do it anyway, you should expect people to react to it, because they are acting the same way you are, by exploiting THEIR right to vent at you.
I guess it bothers some people that you have to filter yourself when you are interfacing with the public.  It’s just not fair that they can’t do or say whatever they want, it’s their god given right.  Isn’t it? (Okay for some of you that is me being facetious if you can’t see the sarcasm)  Really though, putting stuff in print online is worse than getting a tattoo that you don’t end up liking.  At least with the tattoo you can get it removed someday.  It hurts like hell and it’s not free but it can be done.  Once you put something in print online it can haunt you for the rest of your life if it gets the wrong kind of attention.  That includes emails, facebook, Twitter, blogs … whatever.
If you have to vent do it privately.  Scream until you are blue in the face.  But don’t do it where we can see you.  Is that too much to ask?  If you still feel like that’s not enough and you want to go online I’m the opposite of Nike: Just don’t do it.  Bill and Ted had it right, “Be excellent to each other!”  You do your part, and I’ll do mine.
Clear Ether!

Email ThisBlogThis!Share to TwitterShare to FacebookShare to Pinterest
Labels: be excellent to each other, be nice to each other, Golden Rule, spew, venting, Why Can't We all just be Cool?