Pitch Polish for Gearing Up to Get an Agent 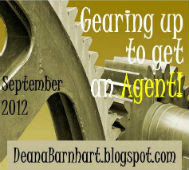 Deana Barnhart is hosting a cool thing for writers called Gearing Up To Get An Agent or GUTGAA for short.  Hashtag on twitter and all (#GUTGAA).  It is going over several weeks with support for polishing your pitch and finding help with a critique partner.  A part of this I'm posting the current version of my pitch/query and opening it up for critiques.

UPDATE:  BASED ON SOME OF THE GREAT FEEDBACK I'VE RECEIVED THIS IS A NEW VERSION.  I HOPE I HAVEN'T RUINED THE VOICE.  IT IS CERTAINLY DIFFERENT.  CONTINUED FEEDBACK IS APPRECIATED!

Remie La Jeunesse keeps asking himself what on Earth he has to complain about.  He's rich, immortal and in the prime of his vampiric life at 786.  But, weary of the death he’s inflicted and the despair of watching family members die over the centuries, his soul is wearing thin. Happiness is as elusive as faster-than-light travel and Remie is ready to end his life, yet one last obligation remains. Vindication against the treacherous Nollevelle Corporation would be one hell of a way to go out.
While executing his program to reclaim the Quantum Jump Gates his company lost, Remie runs headlong into Anneliese, a young woman who disrupts his scheme and forces him to reconsider his priorities.
Anneliese Trahan is a damn good pilot and a rising star for Nobloquy, the military arm of Nollevelle. Her career path is on the fast track until the intervention of her former lover derails her plans and sets her on a collision course with a man determined to destroy Nollevelle and her one shot at a starship captaincy. Anne needs to figure out where her loyalties ultimately lie and Remie must determine just how much he’s willing to sacrifice to pull off his plan.


The first 150 words of the WIP:
The idea of happiness toyed with him but, despite having perfect recall, Remie La Jeunesse couldn’t remember what it actually felt like to be happy anymore.  He could clearly remember the details surrounding a moment, like he was viewing an old Polaroid, but not the feeling.
Playing the guitar usually offered solace.  It gave him a respite from the monotony and melancholy.  But even that had lost its flavor lately and today was no different than the last couple.  He just wasn’t feeling it.
Remie pulled the earplugs out and tossed them into the drawer that sat beneath a climate-controlled display case containing an ancient Spanish acoustic guitar, a plaque on the bottom read “La Guerrera de Cadiz, 1761.”  The classic Spanish guitar hung in contrast to the one in the next case, which was a beat up red Stratocaster with black and white cross-stripes, heavily scratched and dotted with cigarette burns.