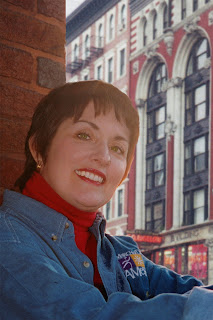 I'm happy to give the podium to one of Seton Hill's finest. The prolific Victoria Thompson is an instructor and Mentor in the Writing Popular Fiction Master's program at Seton Hill University, in Greensburg, PA. Vicky also happens to be an Edgar nominated mystery writer, specializing in Historical Mysteries. Her Gaslight Mystery Series are centered around New York City at the turn of the Twentieth Century. Her first book, Murder on Astor Place was released in 2009, and the latest book for that series (number 15) is about to be released on May 7th. It's called Murder in Chelsea. Vicky has published thirty-five novels so far and I don't see her slowing down.

Today, she is going to give writers a few tips on what to do when we feel like we don't know where to take the story...


WRITER TO THE RESCUE

So what does an author do when she’s written herself into a corner and can’t for the life of her figure out how to get out of it—all while thousands of fans are clamoring for her blood?  That’s the situation in which I found myself last year at this time.

I know I haven’t posted much since I started my MFA program. I’ve been busy reading a lot of Fantasy books for one of my classes and doing a lot of writing and revising on my new story, which I’m very excited about. There are so many good things about the Seton Hill Writing Popular Fiction Masters in Fine Arts program. I want to share some of them with you.
First thing is in the title. It’s focused on genre fiction. Most programs at this level are centered on literary fiction, which to me seems pretentious and self-serving. There is still a strong faction within the academic community that looks down on genre fiction, but I think the writing in genre fiction is much more active and vibrant. The editing is tighter and the plot…there actually has to be a plot, moves faster and has purpose. We are taught that every scene should have a purpose and to focus on story and strong characters. There are lots of ways to write a book and the way the program is designed it’s flexible and demanding at the same time. They have a large (and growing) stable of mentors that work with students to offer advice on not just the writing but the larger career and business aspects.